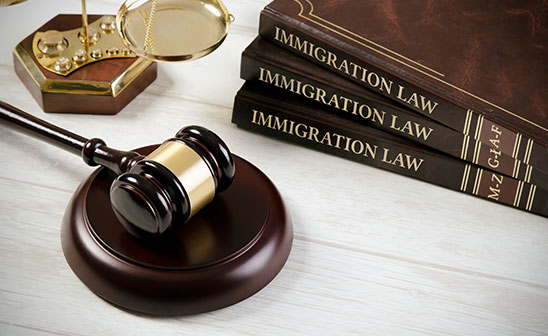 Deportation and removal from the United States occurs when the United States government orders a person to leave the country. Depending on the reason you were deported, you may have to wait several years before trying to return – up to 20 years is possible. During the designated time frame you must remain outside of the country.

Many people do not realize even a minor violation can be the cause of a lot of grief. Even if the infraction occurred many years ago, it can still serve as a basis for deportation. However, there are several mechanisms in the law that allow for deportation proceedings to be cancelled and for the person to obtain lawful status to remain in the United States.

At Haq Law, we work tirelessly on behalf of those seeking to avoid deportation and remain lawfully in the United States. Areas in which we can assist those facing deportation include:

Are you and your loved ones scared because you have received a deportation notice that is intimidating and endangering the life you have created here in the United States?

If this sounds familiar, we are here to assist you. At Haq Law, we recognize the critical skills needed to fight deportation.